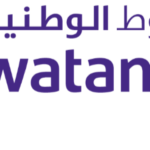 Login to bookmark this Company
sponsored

Wataniya Airways hub was the Sheikh Saad Terminal in Kuwait while its corporate headquarters were on the property of Kuwait International Airport, Al Farwaniyah Governorate, Kuwait.

The airline was founded in 2006 and received an Air Operators Certificate in July 2008. It started services with an Airbus A320 in January 2009 from the Sheikh Saad General Aviation Terminal and provided flights from Kuwait to destinations across the Persian Gulf, wider Middle East and Europe. Wataniya Airways was the first and only commercial airline to operate its flights out of a private terminal in Kuwait. Wataniya suspended operations in 2011 due to the non-profitable model of its product offering Business and Premium Economy classes only.

In July 2017 the airline resumed operations with an all Economy class product this time but was forced to suspend service again by Kuwait authorities in September 2018 for three months due to several delayed or cancelled flights leaving passengers stranded at airports, eventually, it closed down after its air operators licence was cancelled for not taking serious measures to resolve issues during the suspension period.