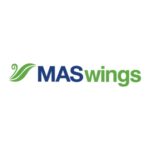 MASwings is the regional community airline for East Malaysia states of Sabah and Sarawak, also fondly known as Borneo.

The Airline was officially launched on 1st October 2007. Its operation is mainly focused on the Rural Area Services (RAS) routes within Sabah and Sarawak, which connects the local community of their hometown to the big cities.

MASwings offers affordable fares, convenient schedules and extensive connections within and across Sabah and Sarawak complementing its tagline MASwings – Your Airline.